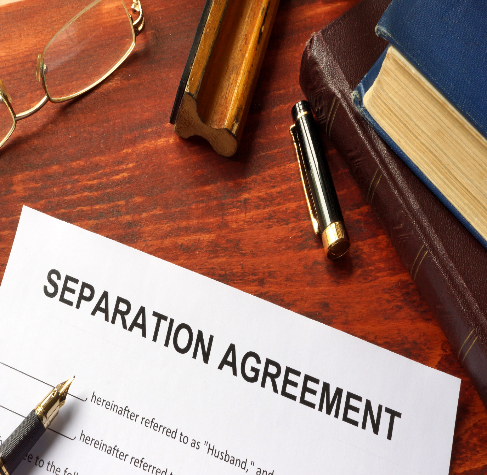 Separation Agreement in Massachusetts? Here Are Your Next Steps

A separation agreement in Massachusetts is a contract that is meant to settle various outstanding marital issues. The agreement is entered into after marriage in anticipation of a divorce and determines both parties’ post-divorce obligations and rights.

The signed and notarized separation agreement in Massachusetts is required to be submitted to the court for approval before a no-fault divorce is granted. Following the approval of the agreement by the judge, it will become legally enforceable.

For a separation agreement, mediation in Massachusetts is probably the most effective option available to both parties. This will not only take out much of the stress from the process, but is also cost-effective because one mediator will draft the agreement for both sides.

To accomplish the process of separation agreement mediation in Massachusetts swiftly and successfully, it is best to prepare and bring the following documents to the meeting:

In some cases, the court may order that following the divorce an ex-spouse may be permitted to stay on the company-sponsored health insurance of the other party. If your medical insurance sponsored by your employer covers the spouse, discuss with the HR department whether an ex-spouse would be allowed to stay on your health policy after divorce if a Court Order says so.

Only one court appearance will be required in about three weeks following the submission of divorce papers. The probate and family court will schedule the date for it.

If you are involved in a lawsuit that is headed toward mediation, you should speak with an attorney who is trained in this area of the law. Call Shapiro Mediation Services today at (339) 298-7733 to schedule a free consultation with one of our mediators at our Massachusetts or South Florida office, or contact us online.